Ohmygod you found our website! Welcome to Do You Actually Like...? Get ready to hear our opinions on anything pop culture (or whatever w... 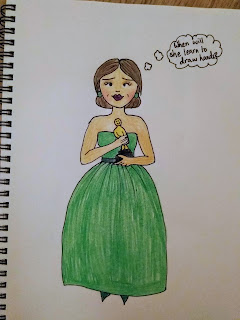 snubberies, "I can't believe they got nominated for thats" (but seriously what's the opposite word for snub?), and heated debates over who deserves which awards the most.

In this latest episode Brigitta and Andrea prove they aren't better than the rest of them and do exactly that! Listen as Andrea almost collapses with having to pick between two Best Picture nominees and Brigitta fully backs one movie to win as many awards as possible. Do we actually like this years Oscar nominations? In the epic words of Oscar winner Sally Field: "We like them! We really really like some and are super confused by others of them!"

Oh and we sprinkle in some general facts about the Academy Awards, if that's your thing.
- February 09, 2020
Email ThisBlogThis!Share to TwitterShare to FacebookShare to Pinterest
Labels: 2019, academy awards, comedy, competition, do you actually like, film, movie, oscars, podcast

Support us on Patreon!